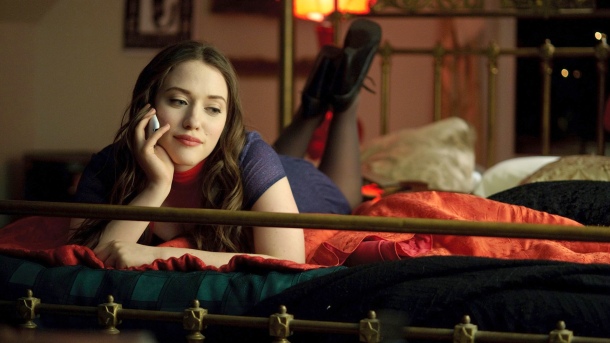 We all have those films that truly define us — films that, had we never viewed them, we would not be who we are today. For me, that film is Daydream Nation, an independent Canadian release starring Kat Dennings. I didn’t think much of the film when I first saw the trailer, nor even when I had begun to watch it for the first time. It initially struck me as just another coming-of-age tale set in a small town, filled with awkward teenage romance and existential dread. It was only when I paused to think about the film that I could see just how brilliantly it shined.

The premise of Daydream Nation is simple: a girl named Caroline Wexler (played by the always wonderful Kat Dennings) moves from a city to a backwards hick town in the Canadian woods. It is there that she must struggle with making new friends when she doesn’t especially want to, controlling her temptations when it comes to her irresistibly attractive English teacher, Mr. Anderson (Josh Lucas), and engaging in an on-again, off-again flirtationship of sorts with a boy named Thurston Goldberg (Reece Thompson). Various small plights afflict Caroline’s town throughout the film, from the raging industrial fire that burns outside the city limits, to a white-suited killer who is on the loose. All of these plot elements culminate in one of the most satisfyingly dramatic climaxes I have seen in a modern narrative film.

The film’s title is gleaned from a Sonic Youth album, and this mixed with the fact that Thurston is the name of a main character, makes it apparent that the film is partly interested in paying homage to the music group. I enjoy the subtle reference to indie culture, because by including this angsty indie rock element, the filmmakers only accentuate the angst of the teenagers depicted in the film. Another creative choice that I really like is the various vignettes that are interspersed throughout the narrative. These mini-stories range from following various high schoolers who died in tragic ways to a burgeoning romance between Thurston’s younger sister and her friend. Nearly every character has a backstory that is thoroughly explored, and this is incredibly enriching.

This film struck a highly emotional chord with me, because the first time I viewed it, I was nearing the end of my freshman year in high school. The experiences of the main character directly mirrored mine. Being thrust into an environment where social and academic anxiety is high and everyone is discovering who they are is scary. High school (and adolescence) is all about invention and reinvention. Caroline must craft a new portrait of who she is. Another highly relatable aspect of this film involves being stuck in a small town setting. I went to high school in a place very similar to where Caroline goes, and the boredom of the students in the film resonated with me. I longed for escape when I was younger, by whatever means necessary. When Caroline stares at the ceiling of her bedroom, desperate for something to happen to her, I understood her. When a bunch of students piled into a dingy van to smoke weed, I understood them. Such is the life of a small-town loser.

There are many social pressures in life, but in the teenage years, the most pressing one is usually of a romantic nature. Teenage romantic relationships have a different type of stress than relationships later in life, mostly due to the fact that adolescents are trying to find out who they are while also understanding someone intimately for the first time. Written and directed by Michael Goldbach, Daydream Nation explores this idea quite well. Caroline doesn’t know what, or who, she wants. When she meets Thurston — an unassuming stoner who is charming in his own special way — she is taken by him. She realizes throughout the course of the film, however, that Thurston is almost too good for her and that she wants to be with someone a little more adventurous. When Caroline begins her affair with Mr. Anderson, there is a heightened tonal change in the film. The music shifts and becomes more somber and introspective, as Caroline begins her long process of discovering herself.

Daydream Nation is a great example of a small-budget independent production that is infused with a wildly inventive, emotional story. This film should be seen by a large audience, not just for its storytelling ability, but also because it plays with the medium of film in a refreshingly offbeat manner. Kat Dennings shines in the role of Caroline and just for that reason alone, Daydream Nation remains a film to be cherished.