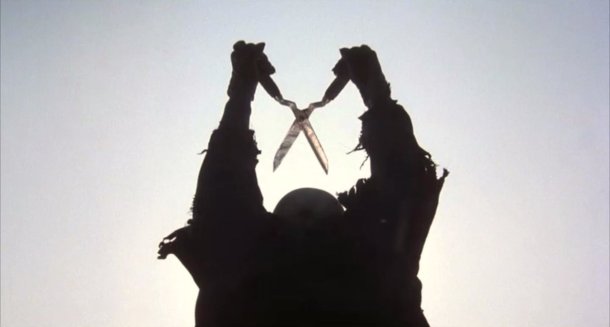 For many horror movie geeks, myself included, remakes of our favorite horror classics are either OK at best or insults to their source material. There’s a laundry list of completed remakes and remakes currently in development that have revisited some of horror’s greatest offerings. Most of these classics don’t need a reimagining to continue the story of the characters we love or to expose the story to a new, modern audience. But there are some horror movies that deserve a remake. In honor of Adam Wingard’s latest addition to the lore of the “Blair Witch,” here are five horror movies that deserve to be reimagined. 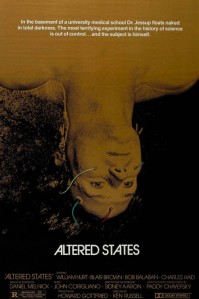 Altered States (Russell, 1980)
Based on the novel of the same name by Paddy Chayefsky, Altered States stars William Hurt as a scientist experimenting with hallucinogenic drugs in an effort to explore the depths of his own psyche as well as what it means to be human. Not only does the film play with these concepts, but it also shows a new side to the idea of playing God. It’s not through creating human life from scratch but exploring ways to tap into the knowledge of the universe by any means necessary, most notably through the use of drugs. But the film we have goes about these ideas through blunt religious symbolism and poorly paced storytelling. Director Ken Russell only shows competent skills dealing with solid source material. This movie cries for a second chance, as the story is interesting and can be improved with better plot structuring and more deftly handled religious symbolism. Alex Garland — whose recent film, Ex Machina, explored some of these same themes — would be an excellent choice to give this story a much better shot at succeeding.

The Burning (Russell, 1980)
Low-budget ’80s slasher films are about as common as bad found footage horror. However, early slasher flicks weren’t always as popular as Friday the 13th or A Nightmare on Elm Street, and The Burning is one of those movies. Written by Bob Weinstein (I’m not messing with you) and directed by Tony Maylam (an obscure filmmaker forgotten by time), The Burning is a classic killer-attacks-a-summer-camp-to-get-revenge movie, with the weapon of choice being gardening sheers (for some reason). The killer also axes off a hooker in the opening just to up the body count. It’s cheesy, campy and the acting is so unremarkable it’s insane. But there is just something about this movie that makes it enjoyable and welcomes a reboot. It can be given a Cabin in the Woods vibe, but with a subtle approach. You can easily take the structure of this film, no matter how clichéd it is, put a more competent team behind it and create a great horror-comedy (except this time, the humor is intentional). Drew Goddard can provide a great version of this story as it has all the hallmarks of classic slasher fare. 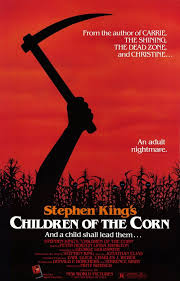 Children of the Corn (Kiersch, 1984)
Adapting the works of Stephen King was apparently extremely difficult in the 1980s, as few turned out well, with the exception of Stanley Kubrick’s The Shining. Most of these adaptations range from memorably bad to completely unremarkable. Children of the Corn is luckily more toward the hilarious end of the spectrum, slowly becoming a cult film over the years. Based on the short story of the same name, COTC is a fantastically campy movie with some unforgettable moments, especially from the child actors. While these scenes are fun, the movie overall is inconsistent and boring in patches. My pick for the remake’s director would be James Wan of The Conjuring fame as he has shown an ability to work with child actors in the past, and he can definitely heighten the tension. 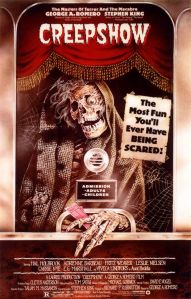 Creepshow (Romero, 1982)
Anthology horror as a genre has been pretty big as of late, but it all started with this movie. Directed by George A. Romero and written by horror master Stephen King, Creepshow is an ’80s classic, with some fantastic imagery, incredibly memorable stories and solid performances. While the original isn’t perfect it’s a well-made product of its time, and that’s where a lot of its charm comes into play. Giving the new film a modern vibe with slight ’80s touches throughout (similar to Stranger Things) can make the film stand out among not only other anthology films but the sea of found footage movies that occupy the current landscape of indie horror. A new Creepshow can also be popular with current horror audiences. With movies like V/H/S and The ABCs of Death rising in popularity, a reboot can go over well with multiple directors collaborating to tell many stories. Some directors I would recommend are Robert Eggers (The Witch), Karyn Kusama (The Invitation), Jeremy Saulnier (Green Room) and maybe even George A. Romero in nostalgic return to the director’s chair. 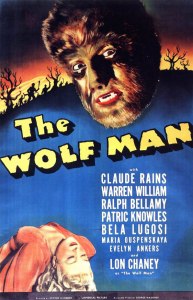 The Wolfman (Waggner, 1941)
The classic Universal monsters are considered by many to be sacred, but I hold the belief that some classic cinema should be given another interpretation. Although The Wolfman already received a remake in 2010, due to time constraints, it turned out to be quite mediocre. The original film is too similar to its remake, which had a great story, but occasionally suffered from structural issues and a bland performance by its lead, Lon Chaney Jr. A new Wolfman can fix some of these issues while also adding more to the mythology. The 2010 version does this, but it largely suffers from its CGI werewolf transformation sequences that look like they were rushed in post production (director Joe Johnston’s replacement of Mark Romanek three weeks prior to principal photography limited the ability to finish the film without excessive CGI). An entirely practical werewolf would look better as it would be truer to the original and would give the film an American Werewolf in London vibe. For the director’s chair, I would choose John Fawcett, who helmed the feminist cult hit, Ginger Snaps. In that film, Fawcett showed enough understanding of classic werewolf mythology to subvert it. This remake would give him the chance to take a classic story, update it and — as a bonus — give the film a much stronger female presence.