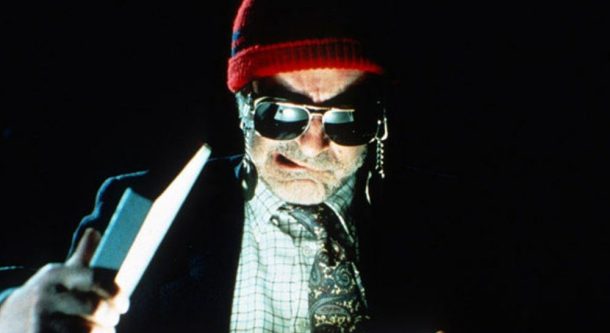 There is probably no artist so synonymous with storytelling as Shakespeare. It’s difficult to imagine a world where love does not bring to mind Romeo and Juliet; betrayal, Othello; revenge, Hamlet. A world where some words just don’t exist: “eyeball,” “generous,” “torture,” “moonbeam.” These stories, characters, phrases and words permeate our collective unconscious the way the best art does. They fill a void we didn’t even know we had.

On a less ethereal note, it’s difficult to imagine the history of film without Shakespeare. From the ambiguous recreations to the more overt adaptations, the cinema has always been enamored with the Bard. There is an inherent difficulty in adapting the canon of Shakespeare. Beyond the absurdly high bar one must reach (or at the very least, scrape against), there is the obvious problem of translating one medium into another. And then there is a more existential problem: Why would one want to adapt Shakespeare in the first place? Has not everything been said that needs to be said in regards to his work? Can we move on to new voices, new stories, new words?

In Jean-Luc Godard’s King Lear, the French filmmaker doesn’t set out to tell a Shakespeare story, but rather a story about telling Shakespeare. Godard has never been too interested in linear storytelling. His films, or at least his best films, more closely resemble essays, or the closest thing to an essay we have in the medium. Abstract pieces that don’t just break rules, but gleefully trample over the established notions of what a film is. This has lead to equal amounts praise and criticism: Is he a pretentious hack, content with alienating his audience over and over? Or is he a visionary, deconstructing our perceptions in order to break through the confines of film? King Lear would have you believe both.

The story of Shakespeare’s King Lear follows the titular King on a road to nothing — a series of episodes that result in the loss of his family, his kingdom, his sanity, and finally, his life. To say it is the bleakest play ever is not an exaggeration. Godard’s King Lear takes place in a post-Chernobyl world, where most things on the planet have died. But it’s not about that. The story follows William Shakespeare Jr. the Fifth as he uncovers his ancestor’s work. But it’s not about that, either. It also depicts a screenwriter’s attempt to adapt King Lear into a mobster story. This isn’t that story. It’s hardly any story at all, really. What Godard has done is created a film made up of fragments, of musings and silly jokes and excerpts from the great play itself. It’s a journey into one man’s inability to create, to adapt and to translate. It’s a humble apology. “I fucked up,” Godard is saying, “and this is my failure.”

What seems to concern Godard most in King Lear is the image. Not the object captured on camera, per se, but rather the gap and reconciliation between the artificial reconstruction and the real construct itself. Whether Godard truly captures the image is debatable (although the filmmaker himself would certainly lament his inability to do so). What is certain is that by presenting his struggle so nakedly, Godard is able to do something most adaptations of Shakespeare cannot; he provides a dialogue with the film, and amazingly, he adds something new to the text.

In King Lear, the play, we are left with the acknowledgement that every man dies alone, that all of his actions are futile and that whatever is above, if anything, doesn’t care. One way or the other, we are walking a road into the dirt. In King Lear, the film, Godard does not so much disagree with Shakespeare’s theme as he puts forth the crazy idea that life really is worth living. That even the most trivial pursuits (say, adapting one of the greatest pieces of art ever) are worth fighting for and worth living for. It’s not exactly a novel idea, but it’s presented with such honesty and humility, with such ambition and stubbornness, with such defeat, that it becomes inspiring all on its own.

Throughout the film, we watch William Shakespeare Jr. the Fifth try to become his ancestor. It’s pathetic throughout, never more so than in a scene where the character sits on some rocks near the ocean with his journal, getting soaked by the waves underneath. After a few beats, he moves even closer to the water, succumbing totally to the ocean in order to… feel like William Shakespeare the First? To understand the “trials and tribulations” of the everyday? His character is a joke and an annoying one at that. But what are we looking at? The struggle of the artist, the plight of creation, the wrestling with the unknown so as to bring nothing into something. “The joke’s on us,” laughs Godard, “and it’s on me, too.” For this man is the image, the harmony between the real and the fantasy — a man just trying to live with, for and as his art. Shakespeare’s King Lear is about nothing. It’s about accepting that truth. Godard’s King Lear is about creating, even in the face of that nothingness.