Review by Eli Hayes
From the April 2015 Issue 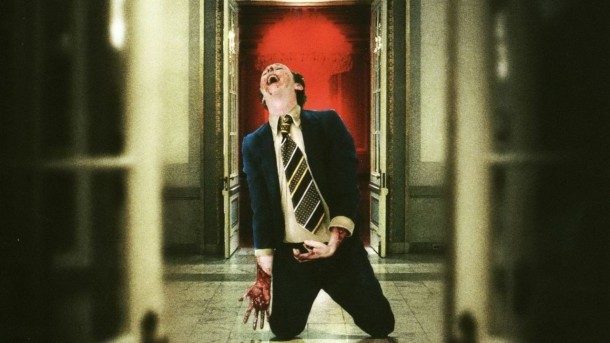 If ever I was to purchase a DVD of The Living and the Dead, I would be desperately afraid to sleep in the same room as it. I would keep it locked within a safe within a safe within a safe, and only revisit it if absolutely necessary – only if I started pitying myself to the point that I needed a reminder of how dark, shattered and horrifying some lives can become.

This is the relatively hopeless tale of a broken family, victims of both mental and physical illness. The father (Roger Lloyd Pack) is mostly absent, the mother (Kate Fahy) is deathly sick, their young adult son (Leo Bill) suffers from schizophrenia and you as an audience member are forced to sit back and watch – endure is probably a better word for it – as their home descends into sheer madness. The Living and the Dead contains performances, visuals, and an unforgettable soundscape which all come together to make this low budget feature a more accurate and representative depiction of psychosis than many other directors could achieve with ten times the funding.

Small details such as the inclusion of the son’s Tardive Dyskinesia, a muscular side effect of his antipsychotic medications, are what separate this film from the many half-hearted depictions of developmental disabilities and schizophrenia out there. I really do appreciate the amount of preparation and effort that must have gone into Leo Bill’s performance, as he manages to skillfully mirror some of the behaviors and tendencies that I’ve already begun to come across in the early years of my own abnormal psychology studies. It seems like he put quite a bit of time into gaining an understanding of the emotional and physical nuances that come along with a deterioration in mental health, because even his muscle movements and language patterns seem to parallel those of genuine, real-life cases.

If you’re interested in the concept of mental illness and/or are brave enough to dive into the fractured mind of a deeply troubled anti-hero, you may want to seek out this film, but it’s neither for those with a weak stomach, nor those who seek out a particularly likable or relatable protagonist. I salute the director, Simon Rumley, for crafting such a deeply affecting portrait of insanity, and I can only hope that this film raises awareness of the hardships that countless families are forced to suffer through outside the world of cinema.