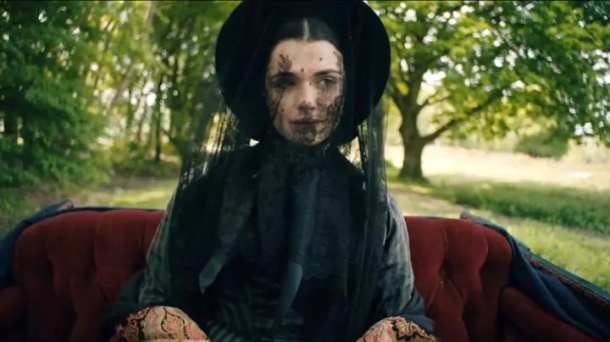 My Cousin Rachel is the embodiment of classical cinema being remade for a younger audience. The tone and feel of the film are truly that of a 1950s drama, but has the technology and cinematography of a modern film. While I found this film enjoyable, it borders on the edge of being made for a niche audience. If you are looking for a serious period-piece drama, reminiscent of Hitchcock’s Rebecca, (Daphne de Maurier wrote the book for which both films are based) you will find this film to be on par with your tastes. However, if you are interested in this film purely for the thriller femme fatale aspect it advertises, I believe you may find the plot too slow and resolution lacking. This is not a film that will give you the answers you want, nor the M. Night Shyamalan twist you crave.

Although the plot may drag in some places, the suspense keeps the pace going and the tension palpable in many scenes. One of the ways this film does triumph is in its ability to depict depth and emotion in several characters throughout the film, without detracting from others. They are introduced as archetypes in the exposition, but experience valid and a wide range of emotion. The main character, Phillip (Sam Clafin), is an orphan raised by his cousin, Ambrose, and thus, in every stereotype of masculinity, is focused on his work and not much else. He is practical and he only tends to express anger, suppressing all other emotions. However, when Rachel (Rachel Weisz), the widow of his guardian comes to live with him, he transforms into an emotional, sexual being. He shows genuine happiness, smiles, and is kinder to others. As a result, his temper becomes that much worse; he sulks, breaks things, and screams more passionately. Rachel’s character is even more complex than Phillip’s. Her motives are unclear and she is repeatedly demonized and angelized by others. Due to her being a widow, thus not a virgin, she has sexual agency that no other female characters in the film possess. She is both villain and victim- cunning and divisive, yet meek and fearful. Her greatest strength being her ability to appear so innocent that it’s difficult to tell what her true motives are.

Although I personally found the ending left something to be desired (no spoilers, I promise), this film did have me on the edge of my seat wondering if Rachel truly was the malefactor and why, or, if Phillip was sinking into paranoia and sickness. The answer should seem obvious, but Weisz was so compelling that part of me can’t get her genuine innocence out of my head, much like Phillip.