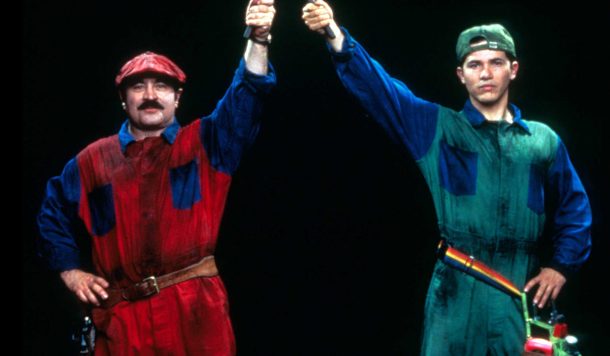 Adaptations are extremely common in the film industry, and in some ways, they’ve been fundamental in bringing important and quality stories to filmgoers. One of the first book adaptations was Cinderella in 1899 and soon after, other artistic mediums began to get the same treatment. Over the next century, stage plays, television and comics all saw their stories told on the big screen. These adaptations resulted in some of the greatest movies of all time, from Gone with the Wind to Blade Runner. These works of art transcended their roots, found a new home in a more widely consumed medium, and maintained relevance for decades.

In the early 1970s, a revolution in personal computing began. Video games were being transformed from a niche luxury primarily found in arcades, to widely affordable and democratized sources of entertainment. Tech companies like Coleco, Atari, and Philips were all jumping into the video game industry, resulting in the creation of a wide selection of home video game consoles for consumers to choose from. As video games evolved and got to be more technically impressive, the narratives of these games grew more polished. Video games were quickly becoming the most sought after intellectual properties to adapt to film.

The most iconic video game character of all time is undoubtedly Nintendo’s platformer mascot, Mario. The overalls-wearing Italian plumber was everywhere by the early ’90s, thanks to hit games like Donkey Kong and Super Mario Bros., so Nintendo had an idea to capitalize on his popularity. In 1993, the company produced the first game-to-film adaptation: Super Mario Bros. The film was to be a rollicking adventure-comedy for the whole family to enjoy, and the start of a sub-genre of films that celebrated nerd culture with artistic achievement.

Instead, the film was an embarrassment to Nintendo and disastrous for everyone involved. Super Mario Bros. was widely considered the worst movie of the year, leaving audiences and critics baffled by a ridiculous premise and an unsatisfying script. To make matters worse, it failed to recoup its money, only grossing about $20 million internationally against a budget of $42 million (Chitwood, 2016). The careers of directors Annabel Jankel and Rocky Morton were effectively ruined, as neither of them took on any new film projects until well into the 2000s, and never returned to feature films at all. A first attempt at a video game movie could not have gone worse.

Hollywood was not dissuaded, however, as they got back on the horse, hopeful that iconic video game characters would still be able to draw crowds. Double Dragon and Street Fighter came out in late 1994 and were critically panned just as badly as Super Mario Bros. was. While Double Dragon struggled to find an audience, Street Fighter fared much better, making nearly $100 million worldwide. Capcom’s popular fighting game franchise had proven that video game adaptations could be commercially viable, although they still had yet to find success critically. 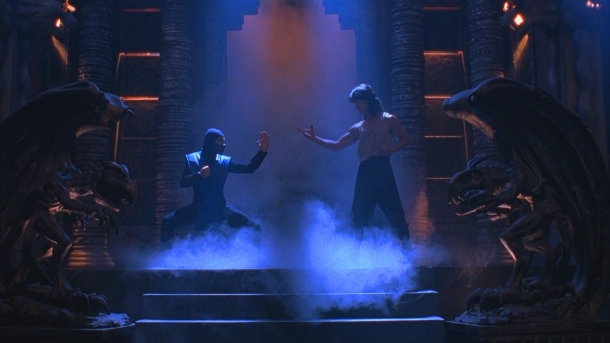 Then, in 1995, a ray of hope appeared. Paul W.S. Anderson released his adaptation of Midway’s classic franchise, Mortal Kombat. The game had caused controversy for its gratuitous violence, but the film avoided alienating audiences by toning down these elements to create a more accessible martial arts film. The compromise worked commercially, as the film went on to be a big success for New Line Cinema, grossing over $120 million worldwide thanks to a strong international showing. The film also became the first video game adaptation to get mixed reviews (receiving a 58 on Metacritic), scoring as high as a nine out of 10 from some outlets.

The early 2000s continued to prove the sub-genre’s commercial viability. In 2001, Lara Croft: Tomb Raider came to the silver screen by way of action guru Simon West, who made his directorial debut a few years earlier with the successful prison-break-on-a-plane movie, Con Air. Essentially a standard action film leaning heavily on its Indiana Jones influence, Tomb Raider set itself apart by utilizing the star power and sex symbol status of Angelina Jolie to capitalize on the obvious sexual innuendoes that the game series was known for. The film went on to be the biggest success for the sub-genre to date, grossing $274.4 million worldwide (Thompson, 2016). The sequel, titled The Cradle of Life, released two years later, and although it was seen as a vast improvement on the quality of the first film, it wasn’t profitable enough to warrant a sequel.

A year after Tomb Raider, the spinoff film of Capcom’s popular survival horror franchise, Resident Evil was released. Varying significantly from it’s source material, the film found a strong fanbase, enjoying an impressive commercial reception in spite of — you guessed it — poor critical reception. After another strong showing by the sequel in 2004, Resident Evil became a bonafide hit franchise, spawning a total of five films that went on to make a combined $900+ million worldwide (Moran, 2013). With an average metascore of 37, the franchise showed that audiences didn’t care so much about the quality of the narrative; they cared about fast-paced action in a globetrotting story, and seasoned director Paul W.S. Anderson provided just that.

Despite their proven success as box office juggernauts, video game films were quickly becoming the laughing stock of the the greater film community. For the next decade, the sub-genre only solidified its poor reputation with a series of truly disappointing films adapting classic franchises like Doom, Hitman, and Max Payne. To this day, there still isn’t one that is generally considered to be good. Not one adaptation has received a “fresh” rating from Rotten Tomatoes and Mortal Kombat still stands as the highest-rated one on metacritic; the next closest being Walt Disney’s Prince of Persia: The Sands of Time with a score of 50. The critical reception of these films has sustained an astonishingly low bar over two decades, with the average Rotten Tomato and Metacritic scores for video game adaptations between 1993’s Super Mario Bros. and 2016’s Warcraft holding at 18% and 30.5 respectively. Perhaps video games just inherently weren’t meant for the movies. 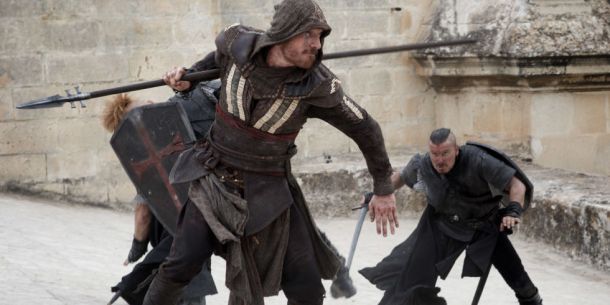 Despite the overwhelming negativity surround them, there seems to be no shortage of films rooted in electronic entertainment headed our way. Arriving this week is Ubisoft’s second venture into film territory, Assassin’s Creed. Directed by Justin Kurzel, the film is considered by many to be a make-or-break point for video game movies. Unlike previous efforts, there seems to be real thought behind the making of this film. Coming off his well-recieved 2015 adaptation of Macbeth, Kurzel is once again teaming with cinematographer Adam Arkapaw, who shot Macbeth as well as True Detective, for which he won an Emmy. In addition, Kurzel has secured an accomplished cast, boasting veteran actors like Michael Fassbender, Marion Cotillard, Brendan Gleeson, Jeremy Irons and Michael Kenneth Williams.

Beyond that, the final Resident Evil film will likely push the franchise into billion-dollar territory when it opens in January, Tomb Raider is being rebooted with Alicia Vikander for 2018, and after Microsoft’s massive acquisition of Mojang, the Minecraft movie became an inevitability. Then there are the fabled Halo, Uncharted, and Bioshock films that may or may not ever see the light of day, although a gamer can hope.

Video game adaptations are certainly an enigma. Regardless of the disservice they often do to the medium they derive from, they continue to get pumped out again and again. It’s almost surreal how truly appalling the attempts to create meaningful stories in these films have been. It may be time to throw the towel in, as the task may just be impossible. Their terrible track record has even given birth to a running joke akin to the (now-defunct) meme that Leonardo DiCaprio will never win an Oscar. There’s always the future, though. While we may think that video game adaptations are doomed to fail forever, Leo got his Oscar, and maybe one day, video games will too.