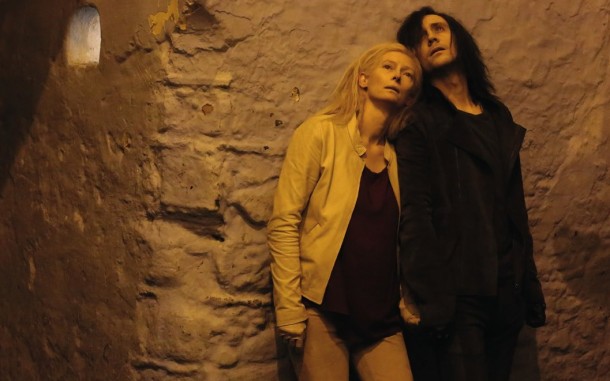 Only Lovers Left Alive (Jim Jarmusch)
Only Lovers Left Alive is a slick film about love in the darkest of places. Actors Tilda Swinton and Tom Hiddleston are an unlikely pair, but somehow their characters’ love is both real and believable. This is not a typical vampire movie, nor is it your typical romance flick. It is a breed all its own.
– Mikayla Mislak

Enemy (Denis Villeneuve)
Characterized by its doppelganger premise and a sickly yellow color palette, Enemy is a psychological thriller of surprising depth. Jake Gyllenhaal gives one of the best performances of his career in the dual roles of a morose professor and the identical actor he hesitantly pursues. Heavily flavored with sentiments of dread and paranoia, and brimming with potentially polarizing metaphorical imagery, Denis Villeneuve’s film stands as a fascinatingly abstracted exploration of infidelity and the male fear of commitment. An enigma and a nightmare.
– Byron Bixler

Foxcatcher (Bennett Miller)
Foxcatcher was the scariest movie I saw this year. This is mostly because I was not expecting to watch a horror film. Foxcatcher is in the Biopic-Drama/Thriller genre, but it’s extremely unique from other biopics I’ve seen. The pace of the film is just slow enough to always keep you on the edge of your seat and above all, Carell’s performance is one for the history books.
– Nate Hileman

Nightcrawler (Dan Gilroy)
For me, Dan Gilroy’s Nightcrawler was the biggest surprise of last year. After having seen a long string of highly impressive English language films, I thought I had undoubtedly experienced the best American cinema that 2014 had to offer. I was wrong. Between its exploration of the depths of social psychology, its sharply written satirical screenplay, its atmospherically self-aware score and perhaps the strongest male performance of the year, there are very few works of cinema from the current decade that can compete with the profundity of Nightcrawler’s darkly hilarious societal commentary.
– Eli Hayes

10. Selma (Ava DuVernay)
The secret to Selma’s success is that it isn’t about Martin Luther King, Jr.; it’s about the march on Selma, Alabama. While it may center on King, it shines a light on key players whose story is often written out of history books. Paul Webb’s script allows us to empathize with these characters regardless of which side they’re on by having them see themselves as the bi-partisan middle: King is the middle to Malcolm X and Pres. Johnson, Pres. Johnson is the middle to King and Gov. Wallace, Gov. Wallace is the middle to Pres. Johnson and Sheriff Clark, etc. Combine this with Ava DuVernay’s intense direction and some of the year’s most convincing performances and you have one of the best films ever made on the subject.
– Austin Gold 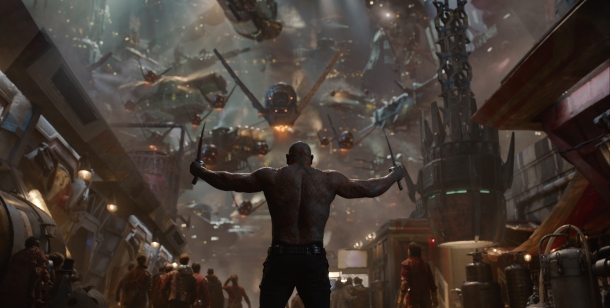 9. Guardians of the Galaxy (James Gunn)
Chris Pratt and his rebellious team embody successful heroism to the highest degree. Guardians of the Galaxy’s goofy flare paired with well-developed characters place the viewer in a wide realm of action and emotions. This is one of the greatest films of 2014 because its timing and wit is unprecedented for an action film; it’s truly unmatched among its counterparts.
– Luke Harbur

8. Inherent Vice (Paul Thomas Anderson)
What hits you first about Inherent Vice is the humor, smacking you upside the face like a bong rip. What gets you second (and which lingers long after the film is finished) is the overwhelming sense of melancholy; of the inability to smoothly adapt to change. Inherent Vice may not be Paul Thomas Anderson’s best film in terms of scope, style, or even humor, but it may be his best in terms of heart – something impossible to quantify but also hard to deny after seeing the movie. The future is a dark and scary place and Inherent Vice never shies away from portraying that reality, but it’s also willing to stick by your side until the journey is over.
– Joel Kalow

7. Gone Girl (David Fincher)
It’s rare for a film to leave me totally hopeless and frightened at the prospect of the future by the time I reach its final moments, and yet still be highly entertaining, clever, sardonic, hilarious and relatively absurd throughout its entire runtime. The last film to have such an immensely personal effect on my psyche was Stanley Kubrick’s Eyes Wide Shut and interestingly enough, the parallels between these two films aren’t hard to spot, both of them being unsparing, satirical critiques of the institution of marriage. Fincher has crafted here what I believe to be his most complete masterpiece yet. No Fincher flick has impressed me this greatly with regard to its mercilessly witty commentary on society and interpersonal relationships.
– Eli Hayes

6. The LEGO Movie (Phil Lord & Christopher Miller)
I don’t think anyone thought The Lego Movie would become one of the top films of year, as rarely does a family film resonate with such a wide audience. It featured a plethora of wacky and memorable characters, goofy cameos, and an exciting plot full of action and laughs. Not only was it exciting and over the top in all the right ways visually, but it also featured one of the catchiest soundtracks of the year. The film captures the joy and wonder of a child creating an adventure with LEGOs and brought it to the big screen.
– Sam Paulson

5. Under the Skin (Jonathan Glazer)
Under the Skin speaks to us in its own alien language of cinema, though remarkably without much dialogue. It took director/co-writer Jonathan Glazer ten years to become fluent, and with astonishing ease, he compels us to behold some of the most beguiling and visionary images in the medium. It might be puzzling at first, but keep your eyes and ears open — close engagement and repeat viewings yields deep themes of feminism, fear and human connection. Under the Skin may be ahead of its time, but it has a lot to say; soon enough its rich vocabulary will start slipping into the way we think about cinema.
– Robert S. Hummel

4. Boyhood (Richard Linklater)
What can be said about Boyhood that hasn’t already been said? It somehow both perfectly encapsulates Linklater’s dedication to portraying reality through film and flips it on its head by making that reality extend over a period of twelve years. Between the excellent performances, the beautiful, but never showy cinematography and the nostalgia-tugging soundtrack, Linklater once again strikes cinematic gold.
– Casey Simonson

3. The Grand Budapest Hotel (Wes Anderson)
The Grand Budapest Hotel has been hailed as the most “Wes Anderson-y” film made to date, but to limit its scope to this descriptor would be unfortunate. Its luscious color palette and outstanding cinematography (a token of Anderson’s style) makes the film as sweet as Mendel’s pastries. The mostly charming, but sometimes dark screenplay is sharp and witty, the effect enhanced by an incredible cast headlined by Ralph Fiennes. The film reaches beyond the experiences of a veteran hotel concierge and into a heartfelt romance between young lovers and for that narrative reason – among others – it is incredible.
– Jordan Aaron

2. Whiplash (Damien Chazelle)
There isn’t really a character in Whiplash that’s likeable. JK Simmons is abhorrent as the abusive music conductor Terence Fletcher and Miles Teller’s Andrew Neyman is absurdly pretentious, carrying his over-inflated ego and arrogance with him wherever he goes. But damn if these characters aren’t interesting. The film crackles with energy and tension that builds so high that you think your head is going to explode and ruin the nice clothes you are wearing.
– Ryan Ciecwisz 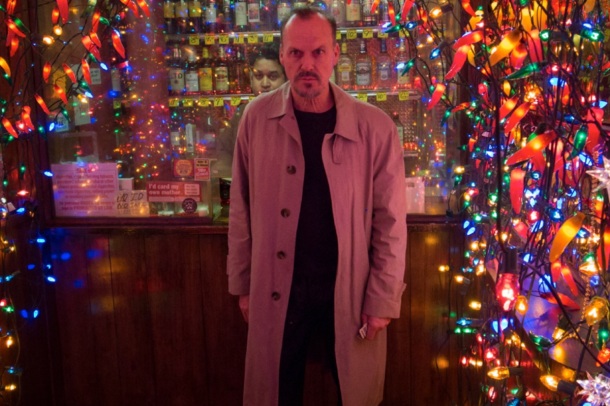 1. Birdman (Alejandro González Iñárritu)
A movie that stands on a tightrope with no harness and no safety net, Birdman is simply one of the most audacious and triumphant movies of 2014. In an immersive sixteen shot edit, Alejandro González Iñárritu harmonizes theatre and cinema in an experience all its own. Matched with the outstanding dedication of its actors and a stellar performance by lead man Michael Keaton, Birdman satirizes Hollywood with delicate and deliberate humor. Through the clever illusion of a single shot, we are given unbridled access to the raw, anxious and surreal mind of Riggan Thomson in a movie that will make you remember what the cinema is for in the first place.
– Josh Tomany