by Robert S. Hummel
From the April 2015 Issue

Sometime near the outset of the golden Hitchcock standard Rear Window, Jimmy Stewart’s Scottie bemoans his romantic tie to Grace Kelly’s Lisa. “She’s too perfect,” he whines. “She’s too talented, she’s too beautiful, she’s too sophisticated.” To anyone who’s seen the future Princess of Monaco on film, Scottie’s is a ludicrous argument to have. When Kelly first enters his apartment, in her entirely extravagant but impeccably suited evening dress, smiling as if afloat on the very secret of happiness, everyone watching falls in love. It’s a moment of masterful emotional hypnosis that only Hollywood at its finest can provide.

Scottie’s right, though: Grace Kelly is too perfect. All movie stars seem too perfect, though in a way that makes them imperfect, insensitive to the nuances of those below them. Bing Crosby, in the film High Society, tells Kelly’s character “You’d be a wonderful woman if you’d just let your tiara slip a little. You’ll never be a wonderful woman or even a wonderful human being until you show some regard for human frailty.” It seems like dubious wisdom coming from a dopey high-key musical (and Kelly’s final feature before retiring for royalty), but it’s an honest-to-God inquisition into the institution of the American movie star.

Princess Grace, particularly during her entrance in Rear Window, had the glow of stardom, a quite literal luminosity reserved for a shining few public personalities — the glow that made us call them “stars” in the first place. People have written about that glow in a kind of awe since Garbo and Gish. That doesn’t make the institution of stardom any less impeachable than Hollywood itself: the Marilyn Monroes, Jayne Mansfields and James Deans of film history have lent to stardom a dark shade of tragedy and abbreviation — even Kelly herself died in a tragic car accident. Particularly in modern times, we and our weaponized media yearn to poke holes in the veneer of film actresses, to tear away their makeup and shout at the world “Look, look, it’s not all lollipops and rainbows after all.”

That’s what stardom is, after all: it’s a construction of the human image submitted to the public for purposes of idolatry and worship. I myself feel funny about stars that are “too perfect,” manufactured to the standards of the culture they inhabit. That kind of corporate alchemy is more than a little sinister, as it seems to suggest that our desires can be organized into mathematics and formula. The outliers and remainders, the human flaws we each lay claim to, are relegated to art-house cinema. That’s why it feels like a miracle anytime a big star shows some aberrant behavior on film. Seeing Ingrid Bergman play a mean drunk at the beginning of Notorious is a giddy, unstable moment, and that kind of candor and imperfection is part of what makes films with complicated women so remarkable in the first place. 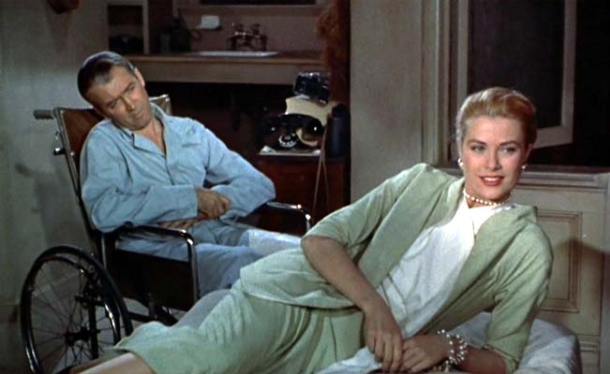 But here we are, in a pop culture that still regards stardom as something measured by an actress’s measurements. “Serious” roles for young female actors seem as peripherally important as ever, which may be why they are so scarcely found in studio Hollywood. One wonders if an aspiring Liv Ullmann or Meryl Streep still feels encouraged towards thespian success when half of all American films still fail the Bechdel test, especially if she feels insecure about her bra size. As a white, straight, cis male American, I think my imagination is ill able to grasp the astonishing pressure bequeathed upon any and all young actresses.

All of this makes the phenomenon of Jessica Chastain all the more improbable. For possibly the most decorated, photographed, and admired actress of her generation, these gender restrictions seem inapplicable. In just four years of work in Hollywood, Chastain has been awarded more than 70 different trophies around the world in honor of her ability. Her magazine covers run the full gamut of ritzy fashion, from Vanity Fair to GQ to Marie Claire to Vogue. She’s played muse to Malick and Nolan; she’s headlined Broadway. Some might say she’s had more success in a half-decade than most actresses in history were able to achieve over a lifetime. She’s become Hollywood royalty. It’s as if we are all living in her childhood dream — ever-cathartic and moving skyward on a path where talent is rewarded with adoration.

Her presence as a positive role model and exceptional actor, improbably successful in an industry fraught with female insecurity, belies a past tainted with unenviable darkness and struggle. Born Jessica Howard, her parents divorced shortly after her birth in Sacramento, CA. She later became estranged from her father to the point of denying his existence to the press altogether. Her only sister, Juliet, a year younger than Jessica, took her life at age 24. She’s spoken publicly about her struggles with bullying in high school, and admitted to having to earn an adult diploma after failing senior year from missing too many classes — afraid to confront fear and insult in the hallways. The details of her past are vague, presumably by design, but an atmosphere of pain hovers plainly around the given facts: hers was not an easy childhood.

The bright spot, she’s indicated in several interviews, were her trips to the local theatre: going with her grandmother to Joseph and the Amazing Technicolor Dreamcoat at age seven is, by her account, the moment she decided to be an actor. She auditioned for Juilliard and was able to attend thanks to a scholarship sponsored by Robin Williams: she graduated four years later with a BFA. Following graduation, though, were years of bottom-scraping roles on television, from incidental spots on ER and a Law & Order spinoff to a failed Dark Shadows reboot. It’s the kind of Hollywood purgatory that befalls many an unfortunate actor. Remarkably, though, she lifted herself from the bottom tier and somehow paired with Al Pacino for a stage adaptation of Oscar Wilde’s Salome. This led her to Terrence Malick, one of cinema’s most acclaimed filmmakers, and from there began her stratospheric ascent into a life of wealth and glamor, awards shows and autographs. It’s a rags-to-riches, self-made star story any American can admire, complete with human warps, all in polar opposition to Grace Kelly’s comfy childhood affluence.

This only further underscores an essential fact: the integral element of Chastain’s success is not that she simply looks the part of the starlet, but that she’s also put forward strong, dynamic performances far beyond Hollywood’s modest expectations for its stars. Whereas even Bergman seemed to be playing shades of her own persona from film to film, Chastain’s roles are metamorphoses, committed and complete in service of a written character of whom she takes full ownership. Take her celestial metaphor of a performance in The Tree of Life, as a mother representative of angelic grace and perhaps all human worship — no minor task for a rookie actress. That storied production demanded a committed lack of narrative structure or conventional setup: in her audition with Malick, Chastain says that she was made to perform a scene first with written monologue, then with no words at all. It required an inhabitation deep enough to conjure natural, physical and vocal expressiveness with improvisatory ability as Malick sculpted and revised scenes in media res, while the camera was rolling. Though she was trained at Juilliard, this was a role that seemed to transcend formal performance methods, reliant instead on sheer talent.

That role flooded a watershed of success with demanding parts, bringing technical challenges ranging from the Shakespearean dialogue of Coriolanus (2011) and the martial arts maneuvering of the otherwise disappointing The Debt (2011) to the naturalistic ferocity of Zero Dark Thirty (2012). Later came two Academy Award nominations and a Golden Globe win, along with greater public attention that has only widened with time. She’s a curious and welcome sight on the usual talk show circuits and press junkets: a beautiful, funny, ever-smiling performer comfortable in her own skin, entirely in rejection of the sulky-moody method actor persona that usually accompanies such talent. Her fashion is impeccable, and she’s kind and appreciative toward fans to a degree that’s almost unprecedented. Her social media presence promotes feminine equality in Hollywood as well as photos of her three-legged terrier named Chaplin. In a star system so dependent on image, Chastain has all the angles covered: she’s stylish, affable, socially conscious, and, perhaps most remarkably, an honest-to-god human being who loves sunny days and small animals, just like the rest of us. 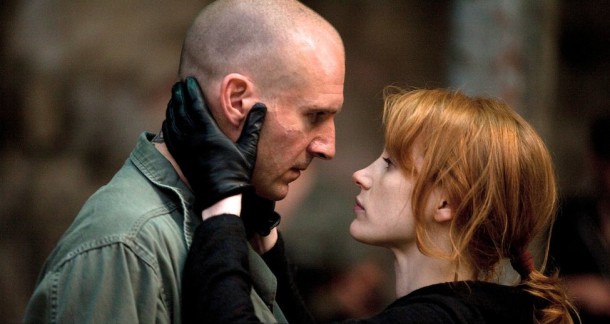 After five years of scrutiny by the public eye, it’s clear that Chastain isn’t putting us on. This isn’t a phase of fortunate role acquisition or trend following. This isn’t an act. By all accounts, she wants to put herself into difficult roles and advocatory positions for as long as she’s got breath. With films lined up with blockbuster masterminds like Guillermo del Toro and Ridley Scott, as well as Canadian boy wonder Xavier Dolan and underrated auteur Andrew Dominik, she’s committed to another several years at least.

Perhaps it’s not a coincidence that, in Dominik’s upcoming film, Blonde, Chastain will be playing Marilyn Monroe, the very image of old-Hollywood stardom and subject of the world’s gaze, both scrutinous and sexual. The troubled biopic has been through a few reported stars already before finally entering pre-production full swing, but who could be better suited than Chastain? For perhaps the first time in history, a woman in Hollywood is able to study the nature of stardom by way of first-person immersion while simultaneously interrogating the institution with both deep cultural sensitivity and outright thespian ability.

Chastain’s position as a mainstream film actress is unprecedented in terms of respect and power — all indications say that she will continue to pave gilded roads towards greater success, both for herself and for talented women in Hollywood. The scrutiny will be ceaseless. The think pieces, like this one, will keep coming, trying to understand. We, the star-struck will continue to be moved by her imperfect characters and her portrayal of flawed human beings like ourselves. Our admiration will grow and grow. And Chastain will reign on, trumping standards, vanquishing expectations, and — occasionally — asking interviewers to use the word “actor” in lieu of “actress.”